Stories… they keep you going: All the way this way—then the other way.

Born in Port-au-Prince, Haiti, M.J. Fièvre moved to the United States in 2002.  She currently writes from Miami.

M.J.’s publishing career began as a teenager in Haiti.  Her first mystery novel, Le Feu de la Vengeance, was self-published at the age of sixteen.  At just nineteen years-old, she signed her first book contract with Hachette-Deschamps, in Haiti, for the publication of a Young Adult book titled La Statuette Maléfique. As of today, M.J. has authored nine books in French that are widely read in Europe and the French Antilles.

In 2013, One Moore Book released M.J.’s first children’s book, I Am Riding, written in three languages: English, French, and Haitian Creole. I Am Riding is part of OMB’s Haiti series, edited by Edwidge Danticat.

In 2015, Beating Windward Press published M.J.’s memoir, A Sky the Color of Chaos, about her childhood in Haiti during the brutal regime of Jean-Bertrand Aristide. According to John Dufresne, the book is “an unsparing, honest, and unsentimental evocation of a young woman’s struggle for independence amidst the chaos and violence of a nation coming apart at its seams. M.J. Fievre takes us behind her family’s closed doors and beyond the security fences and the armed guards, the protests, the murders, and the nightly eruption of gunfire.”

She’s a regular contributor to the online journal The Nervous Breakdown.

In 2016, Aesop Coconut Grove hosted an installation representing the meters of M.J.’s poem, “On Charles Avenue.” Suspended sheets of pencils were sensitively arranged to form five panels – defining the poem’s five stanzas into distinct fields of depth. These panels established undulating contours and dramatic intersections, illustrating the poem’s rhythmic movement, and the cadence of significant verse.

M.J.’s plays have been performed at the Miami MicroTheater (To Accept, Dial 5 Now, 2015, and No Pill for Loverhorn, 2016), at the O, Miami Festival’s Poetry Press Week (Shadows of Hialeah, 2016), and at the Compositum Musicae Novae’s “Metamorphosis” event in Pinecrest Gardens (If You’re an Orange, I’m an Orange, 2017).

She was a writer-in-residence at the Betsy Hotel. 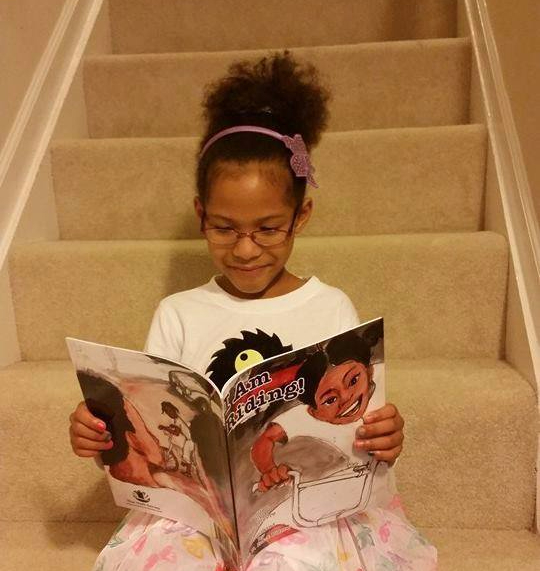 M.J. is also an editor. In 2010, she founded Sliver of Stone Magazine, a well-loved, bi-annual, online literary magazine dedicated to the publication of work from both emerging and established poets, writers, and visual artists from all parts of the globe. With Nicholas Garnett and Corey Ginsberg, M.J. edited All That Glitters (2013), a Sliver of Stone Magazine nonfiction anthology.

In 2012, she edited So Spoke the Earth, a multilingual anthology about Haiti, which explores the country’s past, present and future as experienced by 54 contributors, for an eclectic, international combination of established and emerging writers. This important anthology about Haiti is a celebration of Haitian spirit, multiculturalism and diversity.

As a board member of the publishing house, Lominy Books, she organized a yearly writing contest in French, encouraging aspiring writers in Haiti to pursue their dream. She often returns to Haiti to conduct writing workshops for middle and high school students, and she’s regularly featured at both Livres en Folie (LEF) and Foire Internationale du Livre d’Haiti (FILHA), two annual book fairs in Port-au-Prince. She’s served as judge for a contest organized by the Bureau du Secrétaire d’Etat à l’Intégration des Personnes Handicapées (BSEIPH) for students with physical disabilities and also presented her books at Femmes en Création, in Bourdon.

M.J. is a writing coach. Most recently, she’s worked with Kareen Délice-Kercher, author of Waking Up from your Parents’ American Dream, and Yanatha Desouvre, author of Revelations: Road to Redemption.

“You are a phenomenal woman!”
Katia D. Ulysse, author of Drifting

M.J. earned a Bachelor’s Degree in Education from Barry University and an MFA from the Creative Writing Program at Florida International University. She taught writing for 8 years at Nova Middle School in Davie, and later became a writing professor at Broward College and Miami Dade College. She’s been a key note speaker at Tufts University (Massachusetts), Howard University (Washington, D.C.), the University of Miami (Florida), and Michael College (Vermont), and a panelist at the Association of Writers & Writing Programs Conference (AWP). In 2014, she spent a semester in Santa Cruz de la Sierra, in Bolivia, where she taught writing at the International University. While in South America, she was invited to conduct a seminar at the Alliance Française on the Myths and Legends of the French Antilles, and all her novels in French are available at the Alliance Française de Santa Cruz.

M.J. has always been active within the South Florida community. A few years ago, with artist Jean-Michel Daudier, she organized several editions of Haiti Out Loud, a night of poetry and music in Pembroke Pines. She’s taught ekphrastic poetry and haiku workshops at the Miami Art Museum, and in various schools, including iTech @ Thomas A. Edison Educational Center, in Miami, and Tedder Elementary, in Pompano Beach. She’s an ambassador for Lip Service, a John S. and James L. Knight Foundation award-winning organization and a Miami institution. She’s also a proud member of the Miami Poetry Collective, famous for its Poem Depot, a regular feature of Wynwood’s Second Saturday Art Walk.

She’s participated to Haiti en Livres, the Anancy Festival, and the South Florida Book Festival, and at various literary events at Miami  City Hall, Miami Dade College, Broward College (“Caribbean Week” and “Literary Feast”), and the University of Miami. She was a speaker at different events organized by the Consulate General of Haiti for Mois de la Francophonie. She’s served as a judge for the “Dis Moi Dix Mots” Contest launched by the Cultural Departments of the Consulate General of France and the Consulate General of Haiti, in Miami, for students in the French Heritage Language Program and those attending partner universities in Miami. As an alumna of the Miami chapter of VONA (Voices of Our Nations), a workshop for writers of color, M.J. contributed to the anthology Dismantle, published by Thread Made Blanket.

She was a facilitator for Exchange for Change, teaching creative writing at a women correctional facility. She’s an educator who wrote several educational scripts for the University of Miami, Department of Epidemiology and Public Health. The scripts, turned into short films, were written in both English and Haitian Creole and aim at educating the Little Haiti community about diabetes, cervical cancer, and the HPV vaccine. M.J. was interviewed by the University of Miami for the Haitian Diaspora Oral History Collection, which includes videos and selected transcripts of oral history interviews conducted with individuals of Haitian ancestry that are well-renowned in the world of the arts. She’s also included in Florida’s International University’s Digital Library of the Caribbean.

In March 2015, M.J. received the “Beacon of Hope and Achievement Award” from the Consulate General of Haiti in Miami.

M.J. currently serves at the ReadCaribbean program coordinator for the Miami Book Fair.

“I am reading Jessica Fievre’s memoir […] in manuscript and it’s spectacular.”
Edwidge Danticat, author of Create Dangerously, in The New York Times

M.J. continues to serve the community by working as a certified Haitian Creole court interpreter for the 11th Judicial Circuit. Before she became a staff interpreter, she worked for more than 10 years with direct clients and translation agencies, mostly in the counties of Miami Dade, Broward, and West Palm Beach.

She’s translated book-length projects for publishing houses in New York, Miami, and Tucson, including Sleeping Dragons, the award-winning book by Bolivian writer Magela Beaudoin, and The Power of a Dream, a memoir by Haitian entrepreneur Mathias Pierre.  She has collaborated on many translation projects with The Caribbean Writer, Interviewing the Caribbean, and the O, Miami Poetry Festival.

“You’re a triple threat: A talented writer, a sharp editor, and a great human being.”
Marie-Ketsia Théodore-Pharel, author of Songs from a Tower